IPL 2023: Captaincy options to watch out for at IPL auction

The IPL auction is upon us and has the fans buzzing. It will be an incredible opportunity for franchises to rejig their combinations ahead of IPL 2023.

Among the participating players, some are or have been also the captains of their national sides, and now, there will be an opportunity for the franchises that are looking for a captain for the next edition to go after these players.

Looking at these players’ records as skippers, it could be said that they are reliable figures to lead a team. At the auction, franchises might target them to procure their valuable services for the 2023 edition. Jason Holder has played a lot of international cricket for the West Indies and the all-rounder has delivered many solid performances with both the bat and ball. In 2015, he became the youngest player to lead the West Indies in ODIs at the age of 23 years and 72 days.

As a skipper, his journey went through ups and downs, but in 2019, under his leadership, the West Indies stunned heavyweights England on home soil with a 2-1 victory in a three-match Test series.

Holder had an incredible 5-year-long captaincy stint with the Windies despite not having senior players such as Chris Gayle and Marlon Samuels at his disposal most of the time. At the upcoming IPL auction, franchises such as Sunrisers Hyderabad (SRH) and Punjab Kings (PBKS) might bid for him considering his leadership skills to captain their sides in the 2023 season.

However, in the 2022 IPL, he disappointed Lucknow Super Giants (LSG) with his dismal displays with both bat and ball and couldn’t do justice to his price tag of INR 8.75 crore. 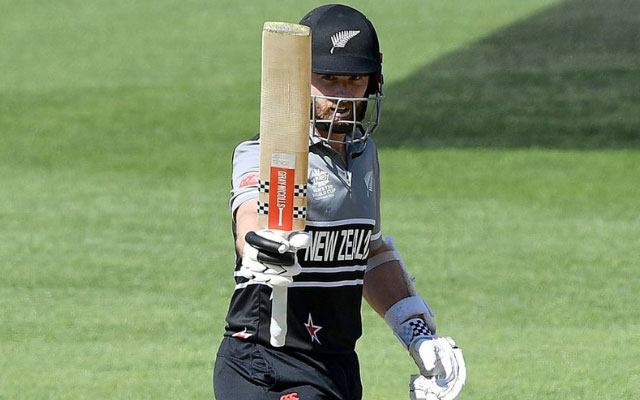 Kane Williamson had a tough year (2022) in the cash-rich league as he failed to perform both as a batter and captain. After the release of David Warner, Kane Williamson was handed the captaincy of Sunrisers Hyderabad (SRH) for the IPL 2022 season, but the veteran couldn’t take the team till playoffs as SRH ended with just six wins and eight losses in 14 games.

In November, the franchise released him and now, the white-ball captain of New Zealand will go under the hammer at INR 2 crore base price to find a new buyer at the auction. However, if the franchises cut him some slack for his last season, he can be assigned the leadership role without any hesitation.

Following his underwhelming outings as SRH skipper in the IPL 2022, the 32-year-old had a decent T20 World Cup, as skipper of the Black Caps as New Zealand made it to the semi-finals. Given the present circumstances, CSK might go for him at the auction and back him to replace incumbent skipper MS Dhoni in the future. Ben Stokes has submitted his name for the upcoming auction to feature in the league after he couldn’t play in 2022. The 31-year-old English cricketer has kept his base price at INR 2 crore. But looking at his potential and reputation in the game, he might emerge as one of the most expensive players at the auction.

This year, after Joe Root’s resignation from England’s Test captaincy, Stokes took over the reins and since then has delivered some positive results by helping the team thump New Zealand, England, and Pakistan.

Currently, PBKS and SRH are desperately looking for a skipper who can take charge in the next season, and Stokes might become a perfect candidate to fulfill their need. Another side, CSK could also see the English all-rounder as an option to replace the current skipper MS Dhoni, who might hang his boots after the 2023 edition

Buttler, Malan and Archer help England to victory – as it happened

IND vs NZ: Suryakumar Yadav takes a screamer at slips during series decider in Ahmedabad