Who is England cricketer Rehan Ahmed?

REHAN AHMED is England youngest EVER wicket taker in a Test match – and he’s quickly become a fan favourite already.

The right-handed bowler took five wickets in his Test debut against Pakistan.

And ironically, Ahmed had family ties within the Pakistan international team.

Find out more about Rehan Ahmed’s rise to fame below…

Who is England cricketer Rehan Ahmed?

Born on August, 13 2004, Rehan Ahmed was raised in a Nottingham, cricket crazy household.

Ahmed, 18, resides with former Pakistan cricketer, Naeem Ahmed and his two brothers, Farhan and Raheem who also play the sport. 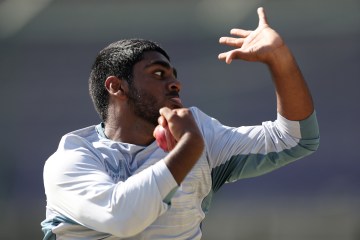 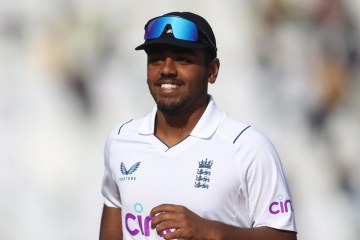 Rehan was named in the County Select XI squad to play against India during their tour of England.

But the young idol made his List A debut on July 2021 for Leicestershire in the 2021 Royal London One-Day Cup.

After leaving a good impression on his coaching staff, Ahmed was chosen to be part of the 2022 ICC Under-19 England Cricket World Cup squad before being bought in May 2022 by Southern Brave.

However, Rehan signed a contract extension until 2026 with Leicestershire Foxes where he would go on to then make his first-class debut and Twenty20 all in May.

On November, 17 2022, Rehan Ahmed featured in England’s away Test series against Pakistan – where his father was born.

He became the youngest male cricketer from England to do so at the age of 18 years and 126 days.

And he took five wickets for 48 runs making him the youngest male to get a five-fer on his Test debut.

Most read in Sport

Messi’s second goal should have been DISALLOWED, eagle-eyed fans claim

Reaction as Messi and Argentina WIN World Cup on spot-kicks

What has been said?

Ben Stokes revealed that the team have been very impressed by Rehan Ahmed’s early input.

Stokes said: “It’s a good opportunity for us not only to look at him but also for him to experience what it’s like to play international cricket.

“We’ve been very impressed by what we’ve seen.

“He has a lot of skill with both bat and ball. It’s great to be able to bring in someone with his talent and let’s see how he goes.

“He loves cricket. I’m struggling to work out whether he’s a batter or a leg-spinner, which shows how much talent he has.

“We saw snippets of what he can do in that warm-up game in Abu Dhabi last month, when he got 26 off ten balls.

“It’s great to see someone with so much freedom. The way he bats, he likes to get on with it – not show off but show what he can do.

“He has a vast array of shots and having a wrist-spinner is great, especially in these conditions.

“He was very excited when we gave him the nod.”

Buttler, Malan and Archer help England to victory – as it happened

IND vs NZ: Suryakumar Yadav takes a screamer at slips during series decider in Ahmedabad